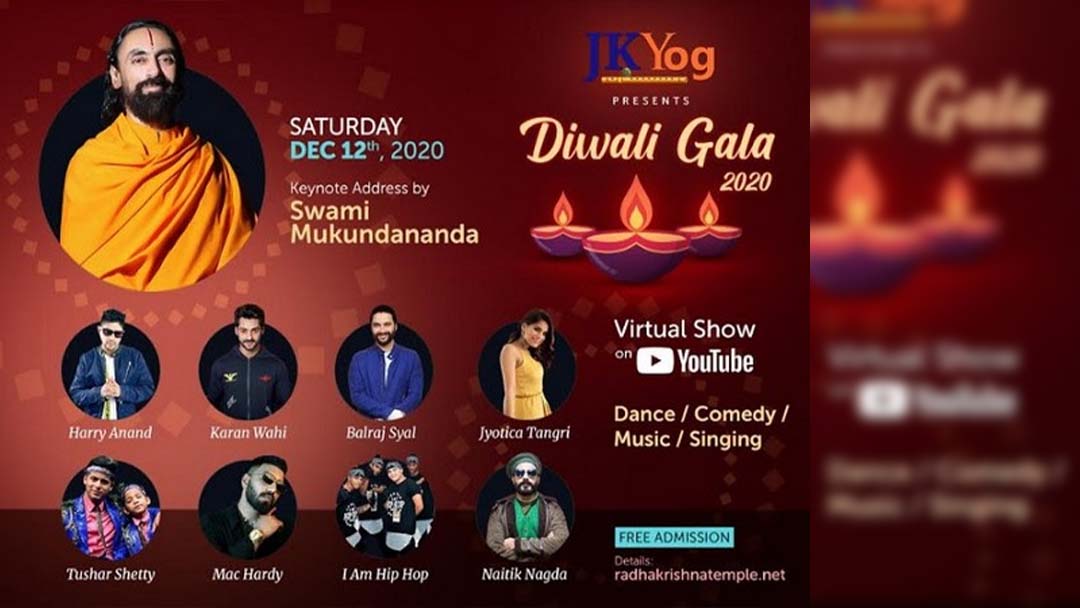 The event has been produced and directed by Harry Anand. Swami Mukundananda ji , JKYog Founder delivered the keynote address.

The grand gala supports the JKYog Center for Indian Culture and Education (CICE) at JKYog Worldwide Headquarters, the Radha Krishna Temple of Dallas, nucleus of the Dallas Indian community and a place to preserve Indian culture and spirituality for generations to come.

Dr Dash Foundation is the major sponsor of this grand annual event and is the proud patron of Radha Krishna Temple of Dallas.